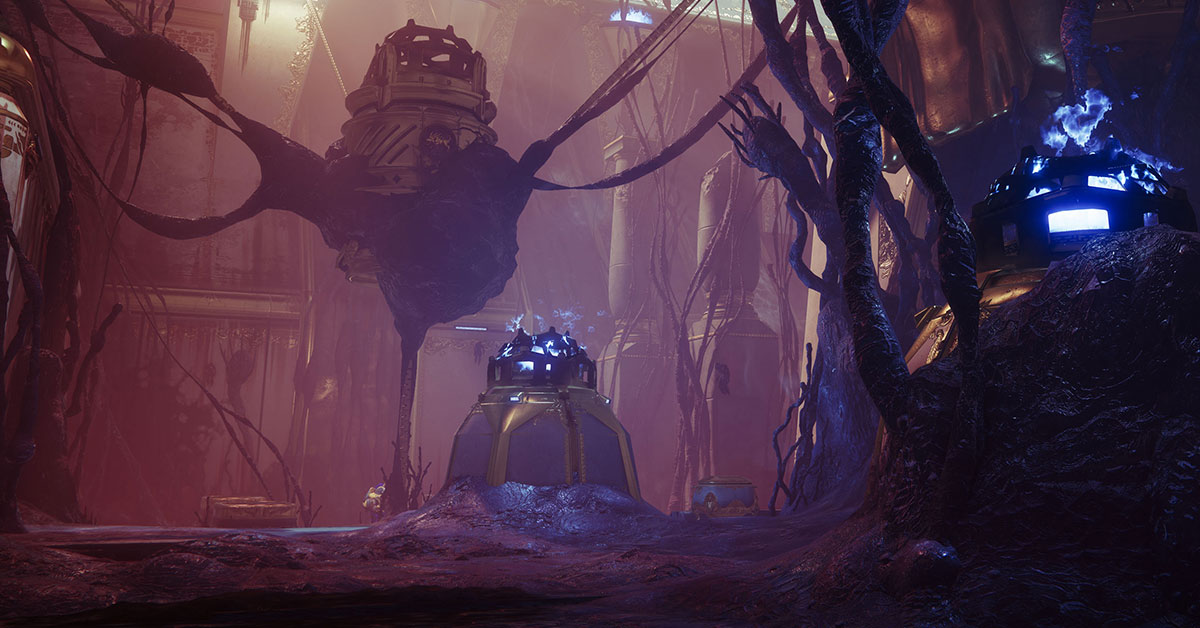 Learn all of the Opulent Chest locations so you can use your Opulent Keys to pick up powerful seasonal weapons.

Opulent chests are one of the new ways for Guardians to chase seasonal loot on the Derelict Leviathan during Season of the Haunted. These hidden chests hold powerful weapons that can eventually be shaped at the Crown of Sorrow once Guardians have collected them all. Finding them, however, may be a tall order since they’re tucked away in the nooks and crannies that litter the Leviathan.

For help finding the various Opulent Chest locations, we’ve put together a quickguide below.

What are Opulent Chests?

These chests are the sole source for collecting the re-issued Opulent Weapons that were first added to the game during Season of Opulence. The Opulent Chests are scattered throughout the Royal Pools and Pleasure Gardens zones in the Derelict Leviathan. To open these chests, you’ll need to first find an Opulent Key and then find its associated location.

The first batch of Opulent Chests that we’ll cover will be the ones in the Royal Pools. To get to this section of the Derelict Leviathan, head straight out of the spawn point in the Castellum and veer left to go through the corridor beneath awing ahead of you. Follow this corridor as it winds through the Leviathan and it will open up into the Royal Pools.

At the feet of greatness

Once you enter the Royal Pools, directly ahead of you will be a large statue of Calus. Head towards the statue and look to the left. This Opulent Chest will be right in front of you at the edge of a platform next to a flight a stairs that head down.

Where water used to flow

This Opulent Chest is in the back left portion of the Royal Pools where Nightmares typically spawn. After entering the Royal Pools, veer to the left and leap atop of the raised platform ahead of you. The chest is to the left of the four daises in an alcove against that left wall.

The Opulent chest for Among Stately Columns can be found in the building on the right side of the Royal Pools. Enter the zone and head up the path to your right and hang an immediate right into the building. The chest will be directly in front of you between two stately columns.

The second batch of chests we’ll cover are going to be located in the Pleasure Gardens. To get to this zone in the Leviathan, head to your right after zoning into the Castellum and don’t go down to the stairs. Stay to the left and follow this path around until you reach the area with the two large columns and the warhound statues. Head through the open archway between them and follow this winding corridor until you reach the Pleasure Gardens.

Guarded by a loyal companion

The first Opulent Chest can be found to your left after entering the Pleasure Gardens. Go down the stairs and hang a left until you see the broken columns in front of you. The Guarded by a loyal companion chest is nestled in the back of this alcove.

The next Opulent Chest in the Pleasure Gardens can be found off to the right of the entrance next the head of a Calus statue that’s been broken off the rest of its body. Simply go down the stairs and stay to the right and you’ll see it in front of the head.

The third and final Opulent Chest in the Pleasure Gardens can be found to the left between the main platform with the Calus statue and the warhound statue to its immediate left. Simply head down the stairs, follow the path ahead to the left, and you’ll see the chest before you shortly.

If you’re looking to get your hands on a Opulent weapon this season, be sure to farm Opulent Keys and Chests. You can speed up the process by learning about all of the different Opulent Chest locations throughout the Leviathan. This will be the fastest way for Guardians to own a god rolled Austringer or Beloved.