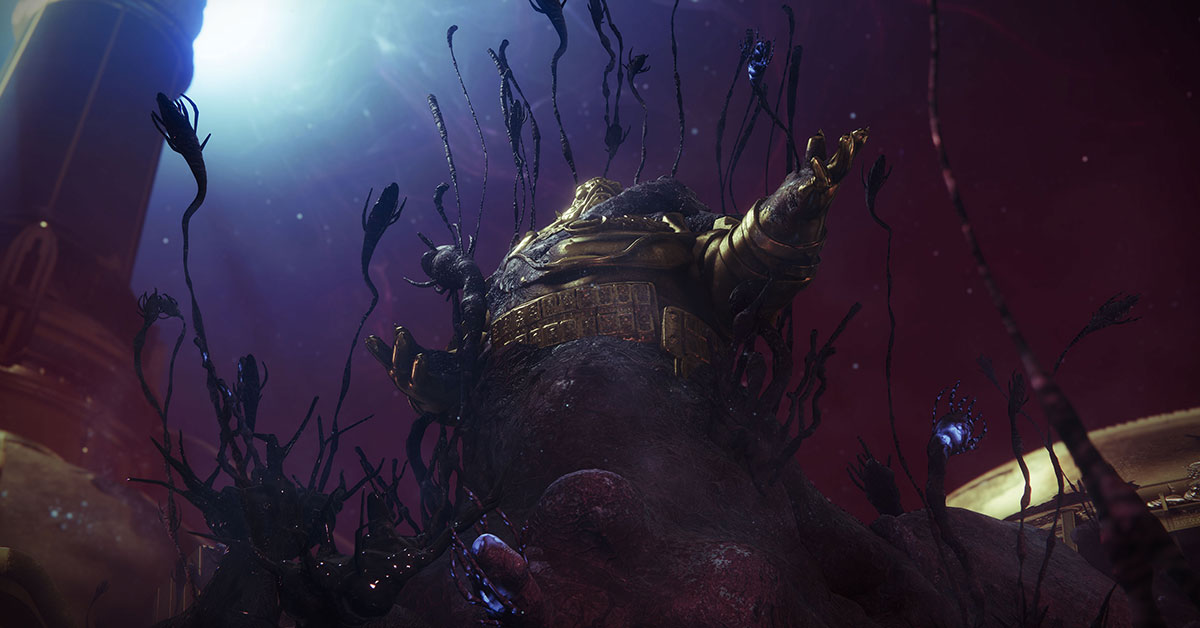 Find the secret locations for all of the Calus Bobbleheads hidden across the Leviathan during Season of the Haunted.

Calus bobbleheads are one of the new collectibles that Guardians can chase after during Season of the Haunted. These hidden figurines are scattered across the Derelict Leviathan and Sever activities. Finding them can be somewhat difficult since they’ve been hidden quite well. Make sure you pick up every Calus bobblehead by following our guide to the bobblehead locations.

Collecting these bobbleheads will complete one of season 17’s triumphs, #1 Fan. There are currently only a handful of Calus bobbleheads in the game that can be collected. More will be added as we go through the season and we’ll keep this list updated as more become available.

As of this moment, there is only one Calus bobblehead that can be found in the Castellum.

This bobblehead can be found near one of the two chests that are unlocked after defeating a Tier III boss in the Nightmare Containment public event.

Once you’ve beaten the boss, turn around and look towards the spawn point. Off to the right is a set of stairs that leads up to a locked door which can be seen through the archway in the above image. Make your way to the platform and open the door by activating the lever on the control panel.

This Calus bobblehead is on the right side of the room just inside the doorway.

Guardians can find a single Calus bobblehead in the Royal Pools on the Leviathan.

The first Calus bobblehead is off to the right after you enter the area. However, to get to the Royal Pools, you’ll need to go through the corridor on the left after you spawn into the Castellum.

Head to the pathway on the right after entering the Royal Pools and follow it to its end.

Hang a right into the building next to you and look for a hole in the ground surrounded by egregore tendrils that reach the ceiling.

Drop down into the hole and follow the pathway that leads back into a Cabal base. You may come across Qalec, the Sniper as this is where they spawn, but you can find the bobblehead can be found at the end of the corridor near the arrow in the image below. (I collected this one before taking a screenshot…)

Whether you enter the Pleasure Gardens from the Royal Pools or the Castellum, look towards the main platform with the gigantic Calus statue atop it.

Make your way over to this platform, walk around it, and the bobblehead will be directly behind it. Pick it up and head over to the H.E.L.M. to turn it in.

Calus bobbleheads can also be found in the Sever missions which are the weekly story missions for Season of the Haunted.

This bobblehead is somewhat difficult to find since it’s somewhat off the beaten path. It also doesn’t help that you have an immune Ultra chasing after you most of the time which makes things even worse.

Regardless, this bobblehead can be found in the section of Sever – Shame where you have to locate the four manual overrides to progress further. It’s locked behind a door that goes into a skinny, red room that’s lined with industrial piping.

To unlock the door that leads to this room, you’ll need to grab the giant wrench from the other side of the space and use it on the node below the platform.

Once you’ve unlocked the door, hop up onto the platform and head towards the skinny room, and look up along the right wall.

You’ll need to jump from pipe to pipe to reach the grating that hangs off the left wall. The Calus bobblehead is sitting on top of some stacked crates on this platform.

Turning in the Bobbleheads at the H.E.L.M.

To get credit for collecting the Calus bobbleheads, you’ll need to turn them into their respective places in the H.E.L.M. Much like the Lucent Moth locations by Fynch in Savathun’s throne world, there are small notes that give Guardians hints about where they can find the bobbleheads. These notes can be found off to the left of the Crown of Sorrow which is through the door to the left after you spawn into the H.E.L.M.

The Calus bobbleheads are an enjoyable collectible for Guardian completionists to chase after during Season 17. Be sure to check in each week or collect them all after they’ve all been added to the game to earn the seasonal triumph. We’ll keep this bobblehead location guide updated with the latest information as we get it.