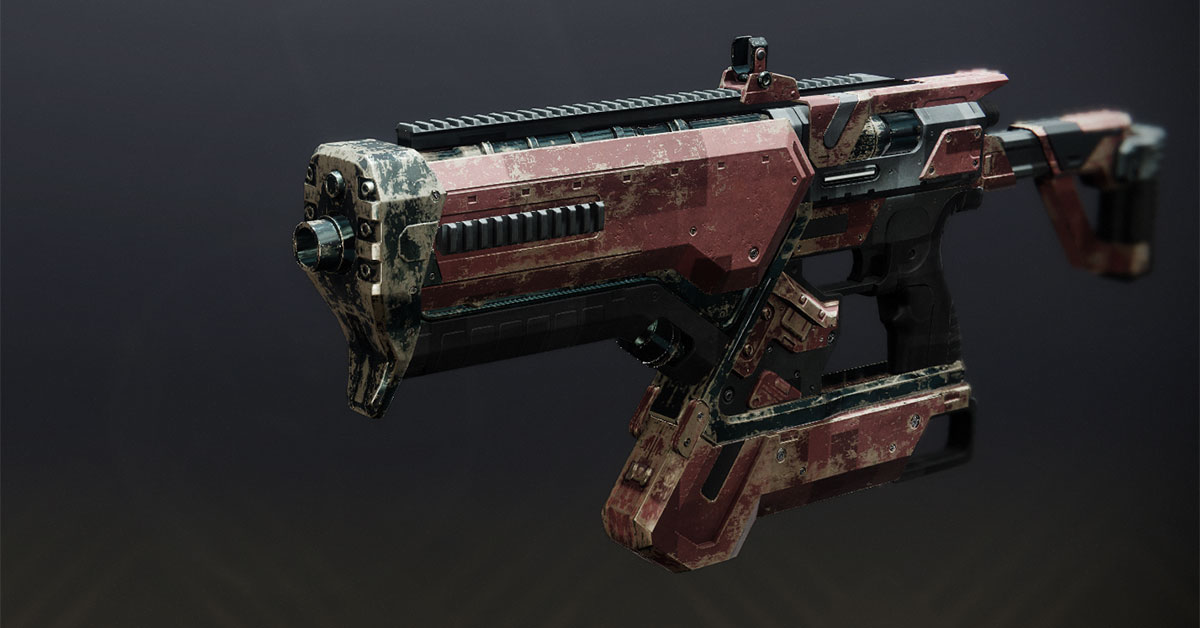 Cartesian Coordinate: How to Get it & Farm a God Roll

Want to get your hands on Cartesian Coordinate? Check out this complete guide on how to get it and what god rolls you need to be chasing after.

Cartesian Coordinate is the biggest sleeper hit of Season of the Lost. This rapid-fire fusion rifle went from complete obscurity to one of the most sought-after weapons in both PvE and PvP thanks to Bungie’s recent fusion rifle buff. If you haven’t already gotten your hands on this weapon, you definitely owe it to yourself to try it out. Lucky for you, there are plenty of ways to farm Cartesian Coordinate so you can pick one up pretty quick and eventually find the roll that’s right for your playstyle!

Here is our complete guide to help you learn how to get Cartesian Coordinate, the fastest way to farm it, and what god rolls you need to keep an eye out for.

How to Get the Cartesian Coordinate Fusion Rifle

There are a handful of ways for Guardians to farm this fusion rifle, making it one of the most attainable weapons in the game. We’ll cover each one individually and then give you our two cents on which is the fastest way to farm Cartesian Coordinate.

Those of you that played during Season of the Splicer may not even know this option exists. Cartesian Coordinate was a weapon that the vast majority of Guardians auto-dismantled the moment it hit our inventories. Seeing it as one of the weapons that could be decrypted from Umbrals made the Shock Trooper engram a trash engram at first glance, especially with how strong Splicer’s seasonal weapons were.

Now that it’s been buffed, players can get a randomly rolled Cartesian Coordinate fusion rifle by visiting the Prismatic Recaster in the H.E.L.M.

However, there are some things you have to do first before you can start decrypting umbral engrams.

You’ve got a 50/50 shot between getting a Cartesian Coordinate or a Retrofuturist, the Crucible-themed lightweight shotgun. There’s no limit on the number of engrams you can decrypt a week so you can farm these until you get the roll you’re looking for.

Cartesian Coordinate is one of the weapons that can drop as a part of the world loot pool. This means that you have a chance at getting this fusion rifle any time a legendary engram drops while you’re playing or any time you’re rewarded with a legendary at the end of an activity. Which sounds great on paper, but there are dozens of other weapons and dozens of armor pieces that are part of that same loot pool too.

That means that you’ll have dozens upon dozens of different items that all have a chance at being decrypted instead of this fusion rifle each time you take those world engrams to Rahool. So, not only are your odds of getting one to drop ridiculously low, getting one with a good roll is even lower still, much less a god roll.

There are two different ways that you could pick up this fusion rifle from the Gunsmith. Banshee-44 carries a different batch of 6 legendary weapons each week with two weapons for each weapon slot, i.e. kinetic, energy, and power, and these weapons are pulled from the world loot pool. So, it’s possible that Cartesian could be one of the two energy weapons he offers on any given week. (Like he is right now on the week of 9/28/21)

Guardians can also exchange 100x Gunsmith materials for a Gunsmith Engram. The stock for this engram also pulls from the world loot pool too. If you have thousands of Gunsmith Materials laying around, this is a quick way for you to snag a few rolls on this fusion rifle.

The same thing goes for the other Tower vendors like Commander Zavala, Lord Shaxx, and the Drifter too. Bungie added the World Loot Pool items to these vendors’ reputation rank-up engrams to help soften how many weapons were being affected by Sunsetting. Any time that a weapon is added to the world loot pool, it’s also added as a potential reward from leveling up your reputation at one of the many tower vendors too.

Rahool is a little different than the other vendors. Since the Cryptarch doesn’t have a reputation system like the other vendors, his engrams haven’t been brought over to the new system just yet. This means that you can decrypt as many engrams as you want for a shot at the fusion rifle, or until you run out of legendary shards.

But again, you’re fighting against the world loot pool. If you don’t have an enormous stockpile of legendary shards saved up, this might not be a great place to farm for your Cartesian Coordinate.

There are plenty of ways to grab this fusion rifle and you can farm for it whichever way you want to. However, if you’re looking to quickly get your hands on a god rolled Cartesian Coordinate, you’ll want to hit up the Prismatic Recaster in the H.E.L.M.

Having a 50/50 chance at it decrypting from an Umbral Engram is just unbeatable. Every other way to farm this fusion rifle relies on far more RNG and would take significantly longer to get the rolls you’re looking for. And the best part is that it doesn’t even cost that much to do!

If you don’t have a stockpile of Decrypted Data ready to go, it’s a lot easier to farm than you might think. In a nutshell, the fastest way to get Decrypted Data is:

Tartarus can be completed in roughly 6 minutes without pushing too hard and each successful completion will net you 100x Decrypted Data, which is more than enough to decrypt one engram at the recaster. This means that you could get enough to decrypt 10x Umbral Engrams in an hour.

If you don’t already have the Corrupted version of Expunge Tartarus unlocked, you can run through the Path of the Splicer missions fairly quickly. And it’s more than worth your time to be able to farm this single weapon on-demand, as well as getting randomly rolled Season of the Splicer weapons while you’re playing through it.

This fusion rifle has some very versatile perk combinations that can let it be used in a variety of roles and situations in PvE.

Generally speaking, all of the weapon sights are just fine. Getting one over another won’t make or break your roll, but the Red Dot Micro is always the best one to chase after. In the second column, you’ll want to go after Particle Repeater to tighten the grouping of your bolt cluster. Missing a bolt or two can mean the difference between putting a target down and it surviving with a sliver of health. Reducing the recoil on each bolt makes sure they go where you want them to.

I know that some players like using Liquid Coils or Accelerated Coils in this column, but this is a Rapid Fire Fusion rifle. It already has a fast enough charge time. Using one of these perks does increase your potential DPS by being able to fire more bursts at your target. However, you can still lose a good deal of damage if you aren’t landing every bolt in each of your bursts.

Who’d have thought that a rapid-fire fusion rifle would end up being one of the best PvE weapons in the game?

Cartesian Coordinate is in this funky place where it can roll to be amazing at dealing damage to bosses and be an add clearing monster. It just depends on your playstyle and what you want yours to do.

Being able to stack Vorpal Weapon and Boss Spec weapon mod seriously cranks up the damage potential of any weapon to 11. The real beauty comes from this season’s weapon mod Particle Deconstruction which gives you a stacking damage buff (5x max) every time you deal damage with a fusion rifle or linear fusion rifle. With these buff’s powers combined, Cartesian Coordinate becomes one of the highest DPS weapons in the game.

If you want to use your fusion rifle to make quick work of adds, getting a roll with feeding frenzy and swashbuckler should be at the top of your to-do list. Feeding frenzy dramatically speeds up your weapon’s reload speed on multikills and those multikills will give you a stacking damage buff thanks to Swashbuckler. Having both buffs at max stacks flat out deletes enemies. And for added fun, be sure to use a major spec weapon mod to shred through majors and ultras.

Lead from Gold is also another solid perk if you’re going to use Cartesian Coordinate in PvE. Being able to get special ammo when you pick up heavy guarantees that you’ll never be short on ammo. However, the only places that you’ll struggle with the ammo economy are in GM Nightfalls and Master raids, but you’ll most likely be using a breach load grenade launcher with blinding grenades instead to keep adds crowd controlled.

Additionally, Season of the Lost’s artifact has a fusion rifle / linear fusion rifle scavenger mod that gives you extra ammo on pickup and only costs 3 energy to socket into your armor. And you can always use the Special Finisher mod in your class item to get special ammo after finishing an enemy. IMO, Lead From Gold is an obsolete perk with how many other ways we have to get special ammo in the current sandbox.

Cartesian Coordinate is a sleeper pick in PvP right now. Its quick charge time and Bungie’s affinity for claustrophobic, CQC-focused maps make it the perfect ape counter and for quickly dealing with enemy Guardians.

Since Guardians start out with only a few rounds in their special weapon when they spawn, this PvP god roll for Cartesian Coordinate aims to take advantage of that mechanic. Both the Under Pressure and High Impact Reserves weapon perks buff your weapon when it’s low on ammo. In this case, you’ll get a stability, accuracy, and damage buff to your fusion rifle the moment you spawn into the Crucible.

This reduces your recoil which both tightens the clustering of your bolt bursts, makes it easier to land subsequent shots, improves the aim assist which better magnetizes your bolts, and makes each bolt deal more damage. This is a deadly combo on a quick charging weapon that gives your opponent very little time to get out of its way.

If you’re looking to shake up your loadout in the Crucible, I highly recommend using Cartesian Coordinate. It’s a great weapon that’ll take your opponents by surprise. 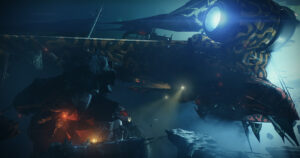 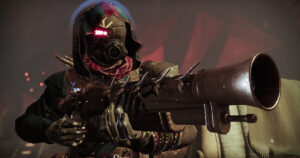 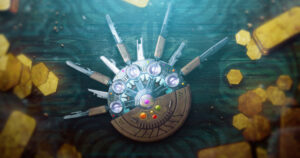